Evan Mobley changes everything for Cavs

Cleveland Cavaliers rookie Evan Mobley enjoyed a fantastic NBA debut on Wednesday night against the Memphis Grizzlies and already has his teammates and coaches believing he’s the difference-maker for this franchise. The Cavs big man did it all, dropping 17 points, grabbing nine rebounds, and even... 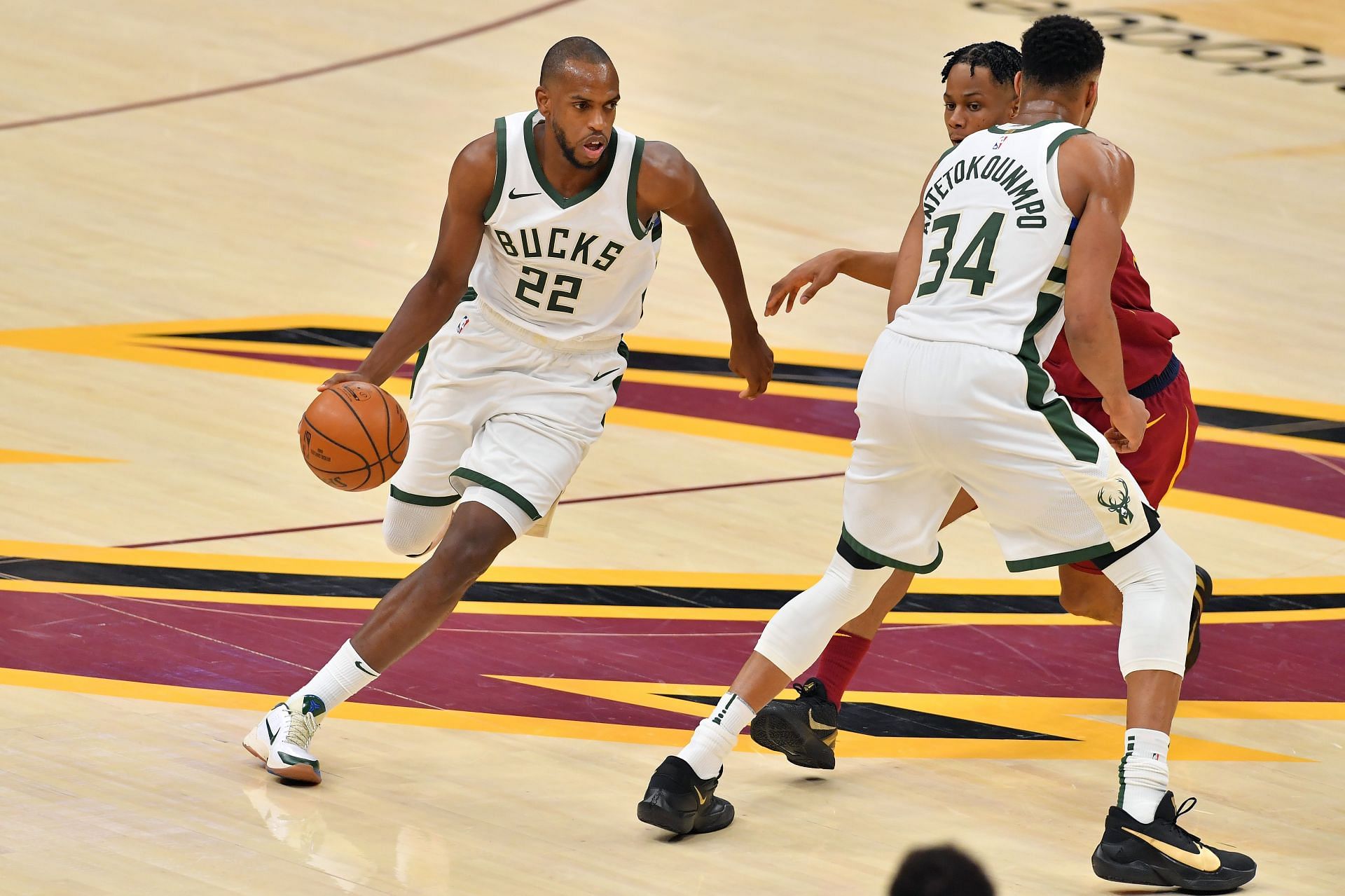 The Milwaukee Bucks came out on top in their opening night match-up against the heavily-favored Brooklyn Nets, recording a 127-104 victory. 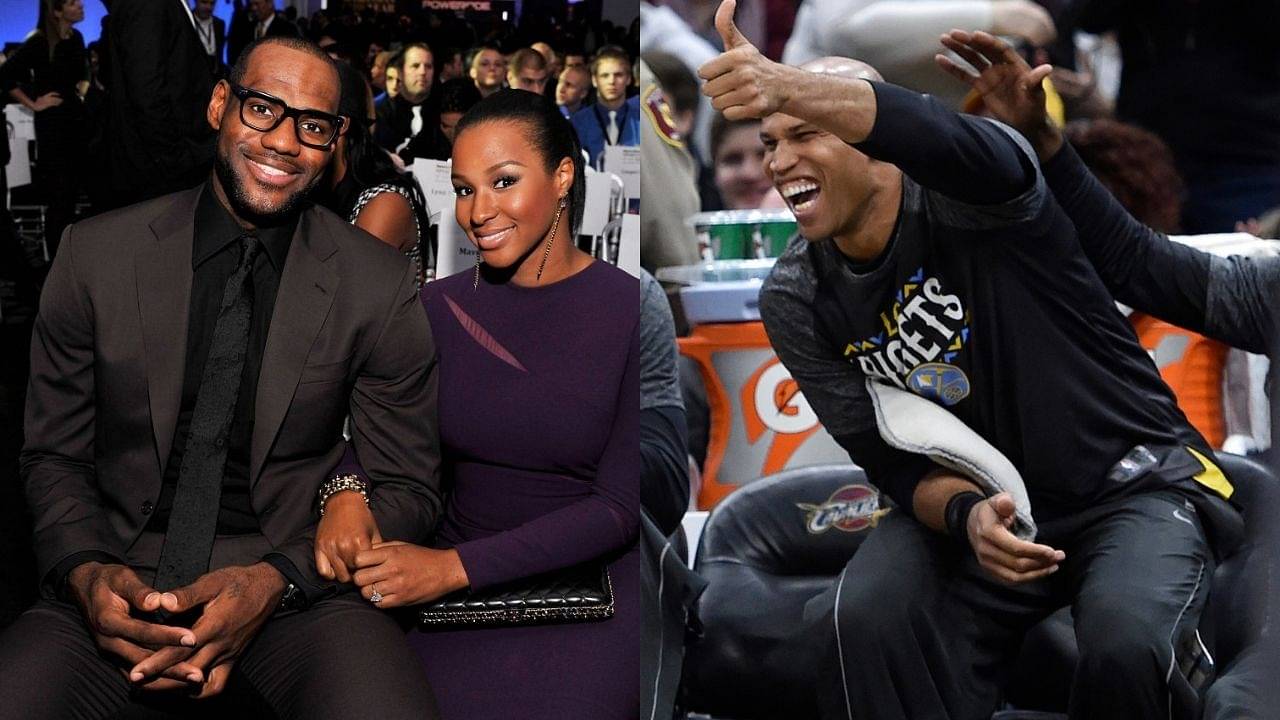 “Savannah James is cute man, imma get her number”: When Richard Jefferson hilariously plotted to flirt with LeBron James’ wife on an airplane

by: Samir Mehdi — THE SPORTSRUSH 3m

Richard Jefferson and Dahntay Jones ran into Savannah James on an airplane and the former hilariously planned to hit on her.

19 more headlines from THE SPORTSRUSH for Thu, Oct 21
“The thing that bugs me is Kyrie Irving is going to make $17 million sitting at home.”: Charles Barkley gets into heated debate with Kenny Smith over Nets star’s vaccination status
“LaMelo Ball is going to be an All-Star starter this year”: Kendrick Perkins explains why Michael Jordan’s guard can make his first-ever All-Star appearance this campaign
“Kobe Bryant was a puppy; there was a fear going against Michael Jordan”: Isaiah Rider gives the edge to the Bulls icon over the Lakers legend
“Michael Jordan skipped his draft night”: The Bulls legend didn’t want to miss the 1984 Team USA practice
“Kyrie Irving ain’t top 75? That’s good, he’s top 20 at least”: Andre Iguodala heaps huge praise on Nets star after his omission from NBA 75 list
“Shame on the Chinese government!”: Celtics’ China ban due to Enes Kanter statements on Tibet earns ridicule and rebuke from NBA Twitter
“I’m starting to shake with anticipation, I’m so excited.”: Milwaukee Bucks President on the championship ring design
“I was going to have Bill Walton write my speech, but speeches are a lot longer than his career was”: When Larry Bird trolled the Portland legend during his Hall-Of-Fame speech
“Stephen Curry didn’t shoot it well, and they still won… It’s scary”: Clippers’ Paul George talks about preparing for their Season Opener against the Chef and his Warriors
“Hey look, I need my money back first, NBA”: Montrezl Harrell clears the air over his verbal spat with Drake that cost him $2000
“LeBron James will surpass Michael Jordan once he clinches the all-time scoring title”: Shaquille O’Neal believes the Lakers superstar is eyeing Kareem Abdul-Jabbar’s coveted title this season
“Jayson Tatum grinded all off-season then went 7/30 at Madison Square Garden?!!”: NBA Twitter blasts Celtics star after double-OT loss to Knicks on opening night
“Stephen Curry said he played like trash, yet he drew a double team on every possession!”: Warriors’ Head Coach Steve Kerr praises the Chef for his performance against the Lakers on Opening Night
“Who’s got the blunt, AI?”: Allen Iverson speaks about stigmas attached to marijuana during launch of ‘Iverson 96’ strain in partnership with Al Harrington
“When F1 meets the NBA”– F1 partners up with NBA; Drivers will have free-throw battle and will be coached by Basketball legends
“Michael Jordan just cringed to death from LaMelo Ball’s fashion sense!”: Hornets star shows off his questionable drip after massive opening day win over the Pacers
“Stephen Silas! You need to call a damn timeout! I’m hot!”: Wolves’ sophomore Anthony Edwards shines as they take down the Houston Rockets in their Season Opener
“Watching Dennis Schroder play, LeBron James would’ve been like ‘I told you so'”: Skip Bayless critiques the Celtics’ guard for his poor showing in Season Opener against the Knicks
“I can’t wait to go home and lay in my bed… I don’t even know if I’m hungry enough to eat.”: Knicks’ Julius Randle opens up after a thrilling Double OT win over the Celtics in the Season Opener
show 15 more →
Celtic Life 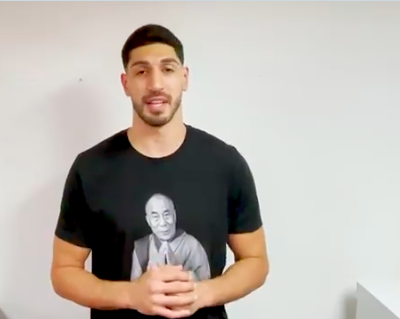 Wizards fans will love Montrezl Harrell if he plays like he did vs. Raptors

Montrezl Harrell showed D.C. fans exactly what he can bring in the Wizards win over the Raptors on Wednesday. 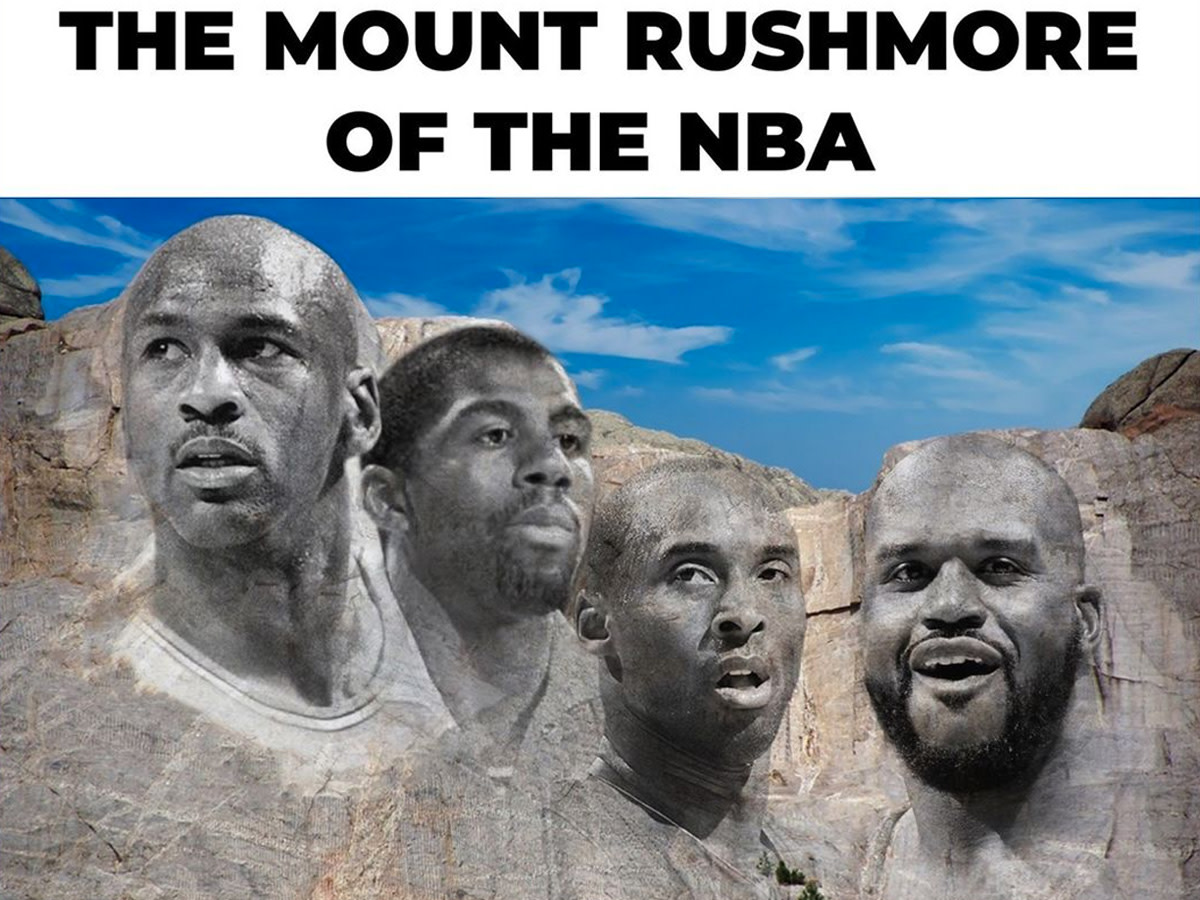 Shaquille O'Neal is not strange to controversy. The 4x NBA champion is constantly engaging in debates with fans, asking their opinion on specific topics.

20 more headlines from Fadeaway World for Thu, Oct 21
NBA Fans Debate Which NBA Ring Is The Best: "Raptors Ring Is Still Unmatched"
Rudy Gay Has Never Won A Playoff Series Despite Playing 15 Years For 5 Different Teams
5 Reasons Why The Milwaukee Bucks Are The Best Team In The NBA
10 Most Overrated NBA Players Today: Russell Westbrook, Ben Simmons And Kyrie Irving Aren't Impactful Enough
NBA Rosters Will Have 109 International Players From 39 Countries: Giannis, Luka, Jokic, And Embiid Lead The List
Chris Brown Backs Kyrie Irving For Not Taking The Vaccine: "The Real Hero. I Stand With My Brother... It's His Choice And A Damn Good One."
Paul Pierce Compares 2022 Lakers With Carmelo Anthony And Russell Westbrook To 2004 Lakers Squad: “This Team Is Really Giving Me That Karl Malone Gary Payton When They Were With Kobe, That Kind Of Feel.”
Chris Brown Back Kyrie Irving For Not Taking The Vaccine: "The Real Hero. I Stand With My Brother... It's His Choice And A Damn Good One."
Ben Simmons Reportedly Told The 76ers He Needed To Start Over In A New Place Where He 'Could Make Mistakes'.
Bobby Portis Reacts To PJ Tucker's Promise That He Wants To Win The Game Against The Bucks More Than Any Other Game
NBA Fans React To LaMelo Ball's Outfit: "Bro Dressed Like A Highlighter"
Chris Bosh Shares Throwback Video Of LeBron James, Chris Paul, And Dwight Howard Eating Burgers At A Gas Station Before Their Flight For The 2008 Olympics: "Recorded On My Flip Phone. A Classic."
LeBron James Reacts To The Intense Battle Between The Celtics And Knicks: “No Way Anybody Gone To Be Able To Get Out The Bed Tomorrow!”
DeMar DeRozan Buys $4.5 Million House That Was Owned By Michael Jordan's Ex-Wife
Paul George Reacts To Golden State Warriors Beating Los Angeles Lakers On Opening Night: "They Move The Ball. It's Scary. Steph Didn't Shoot It Well, And They Still Win."
Chris Paul Called DeMarcus Cousins A "Bum A** Ni**a" In Game 6 Of WCF: "That's Why My Son Got More Money In The Bank Than You'll Ever Have."
Andre Iguodala Slams People Who Believe Kyrie Irving Is Not On NBA’s Top 75: “I Agree… He Top 20 At Least…”
Jayson Tatum Takes Blame For The Boston Celtics' Loss To The New York Knicks While Praising Jaylen Brown: "He Carried Us Tonight... He Was Unbelievable. I Wish I Could've Done My Part."
Anthony Edwards Hit A Three And Hilariously Told The Rockets To Call A Time Out
Montrezl Harrell Goes At It With Drake During Raptors Blowout Loss
show 16 more →
Clutchpoints

The Toronto Raptors’ opening night wasn’t without its teachable moments against the Washington Wizards. Both off the floor and on it, Toronto’s homecoming debut was filled with excitement, disappointment, and a few things in between. What follows are some things we learned, gleaned from players,...

Ayo Dosunmu’s Debut Was Raw, But Electric (And Mostly Just a Lot of Fun) 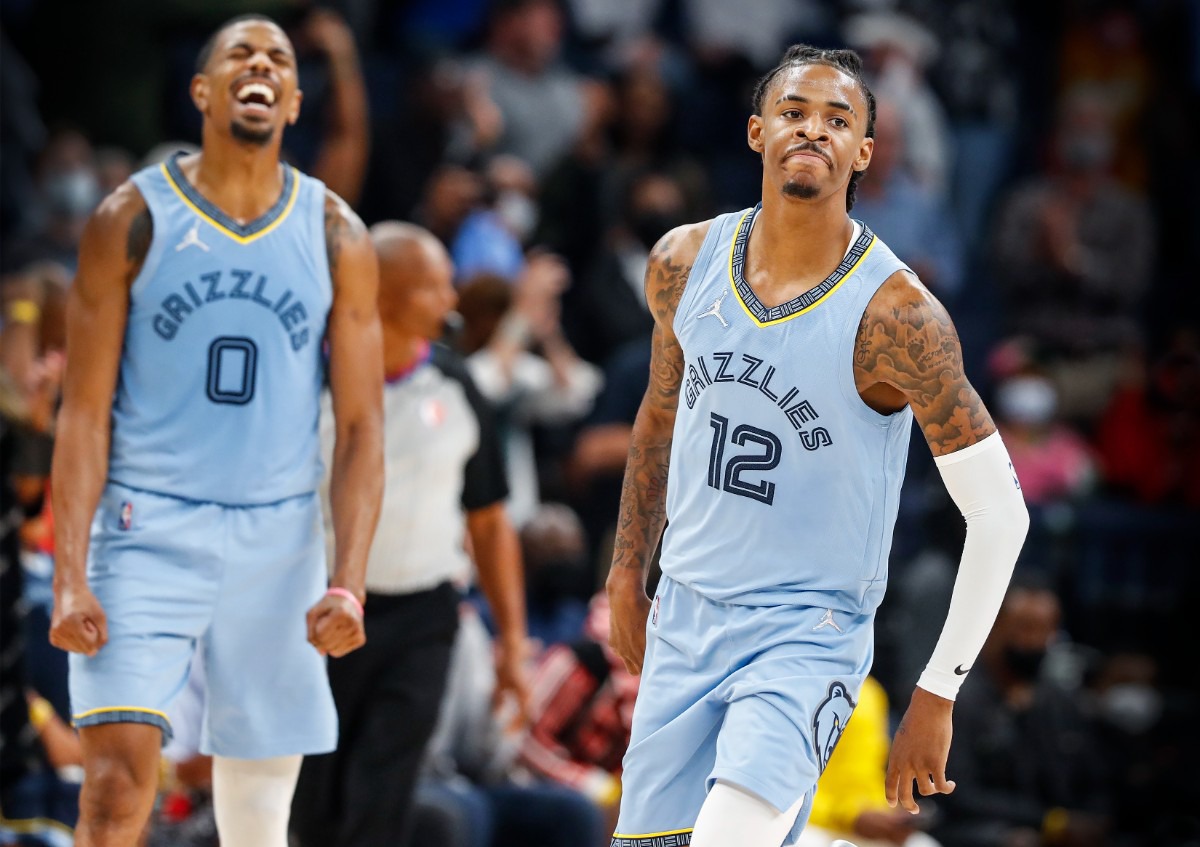 At the end of the night, Bally Sports television commentator Brevin Knight said it best.  “Ja Morant put the NBA on notice tonight,” he said.

We live in an insane world. You don't need me to tell you that. And yet I still found myself stunned to learn that there was discourse occurring last night theo 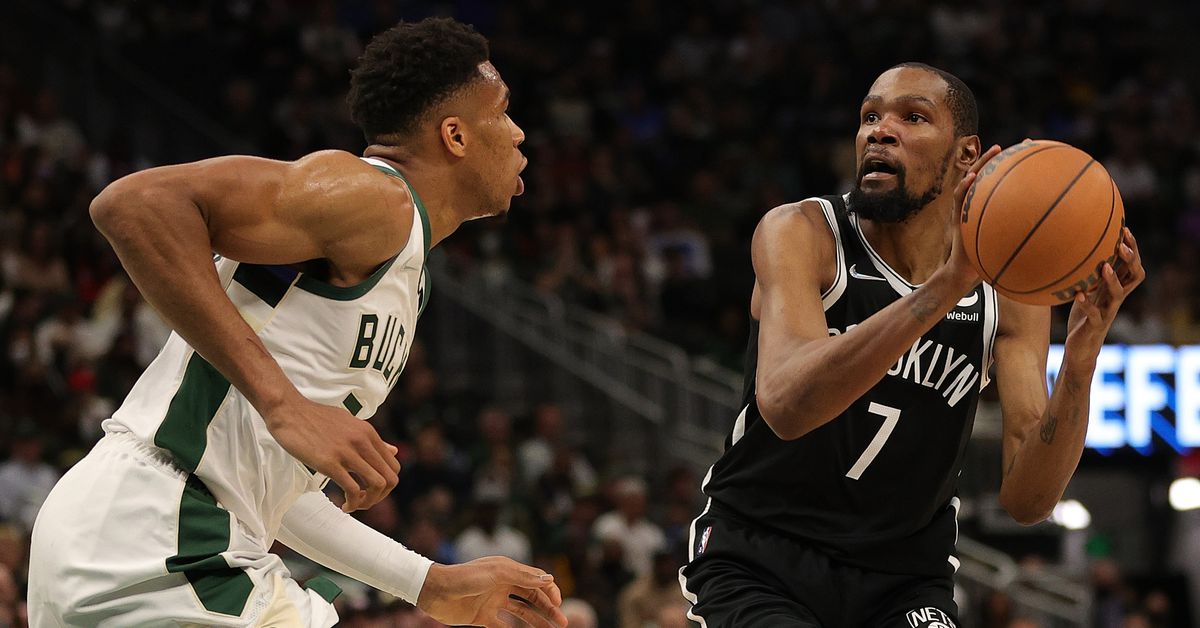 A big issue still unaddressed: Nets need to get more shots than their opponent

When you shoot 44 percent overall and 53 percent from deep, you shouldn’t get blown out, particularly when you have two of the NBA’s biggest stars scoring 32 and 20 points — and your big off-season...

1 more headline from SB Nation: Nets Daily for Thu, Oct 21
The Survivor: Joe Harris talks about his time with Nets ... and the Bucks series
8 Points 9 Seconds

Indiana Pacers: Re-signing TJ Warren may be far from a guarantee

More than a year ago, the NBA was caught off-guard by the adroit scoring exploits of TJ Warren. Peaking with a career-high 53-point performance to lead the... 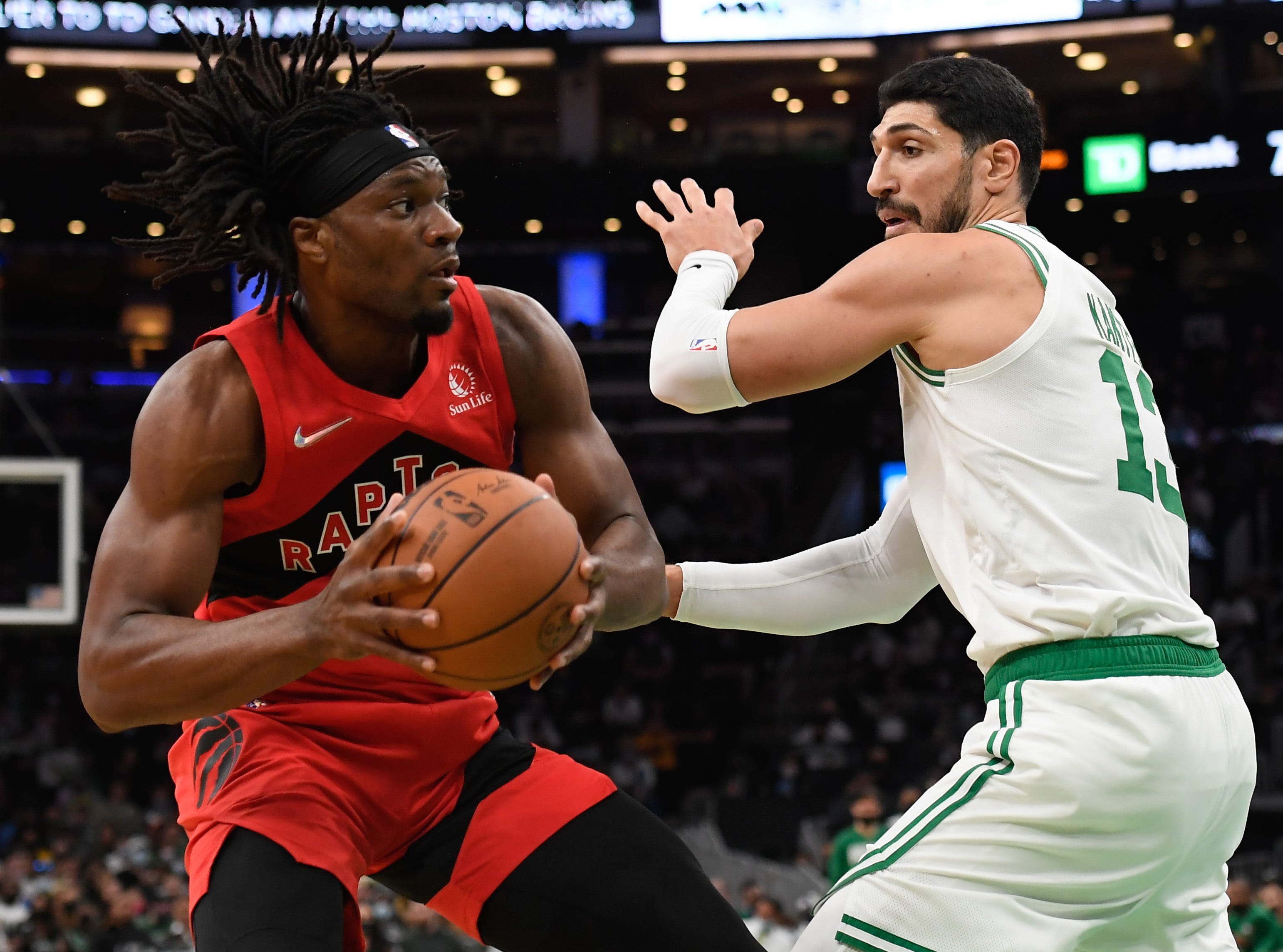 The Chinese government stopped broadcasting the Boston Celtics’ season-opener against the New York Knicks after Enes Kanter tweeted his support for Tibet’s freedom.