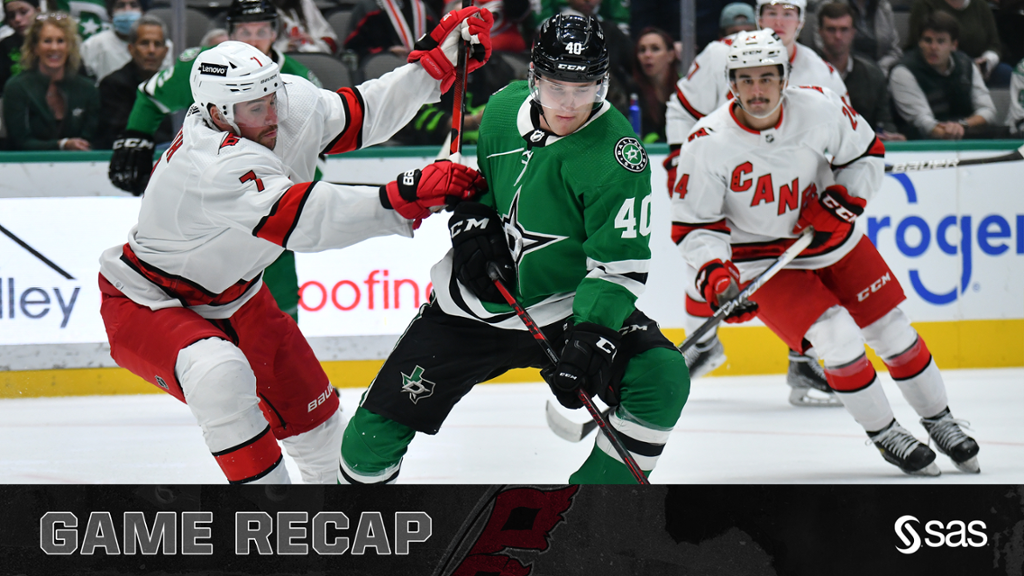 The Carolina Hurricanes ran into another hot goaltender Tuesday night in Texas, falling to the Dallas Stars by a score of 4-1.

... tfield finished with a total of 17:35 played on the night and Lajoie led all Canes defensemen with his 2:14 on the man advantage.   2) Canes Continued To Limit ... 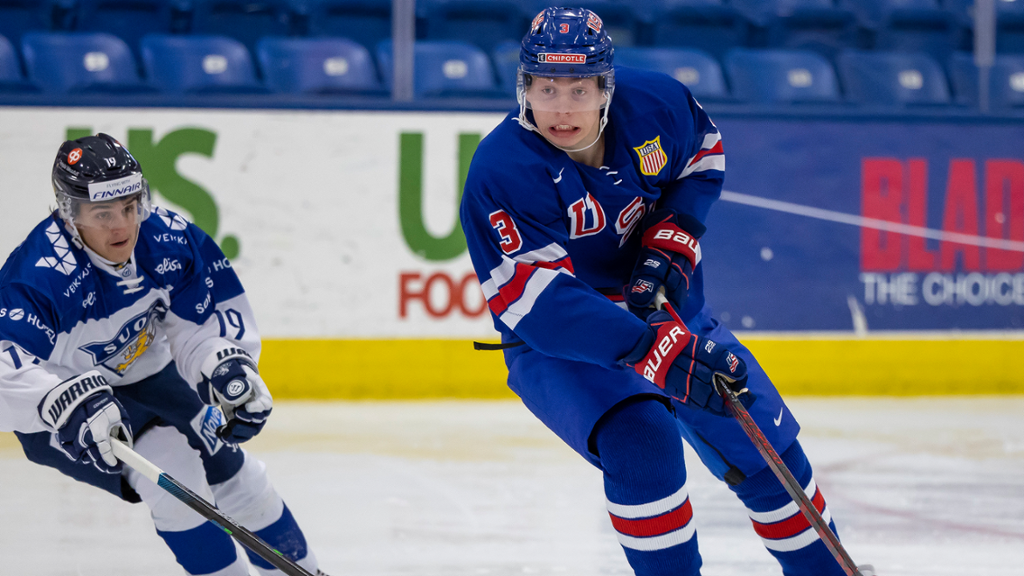 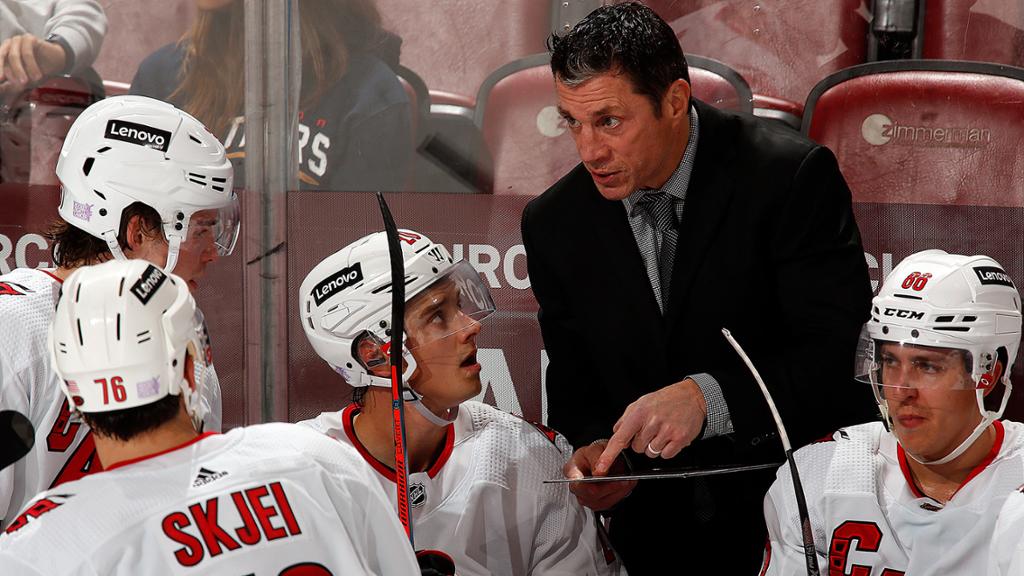 To mark the quarter-point of the 2021-22 regular season, NHL.com is running its second installment of the Trophy Tracker series this week. Today, we look at the race for the Jack Adams Award, given annually to the top coach in the NHL as selected in a vote by the NHL Broadcasters' Association.

... h May 8, 2018 after eight seasons as an assistant and development coach, the Hurricanes have made the Stanley Cup Playoffs three consecutive seasons, including reac ... 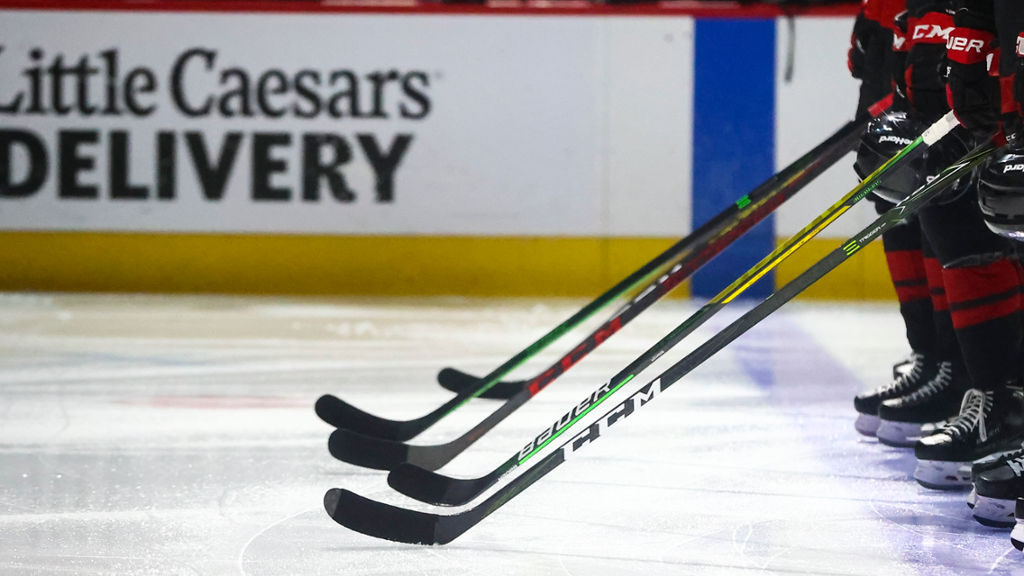 The Carolina Hurricanes have recalled defensemen Jalen Chatfield and Max Lajoie from the Chicago Wolves of the American Hockey League. 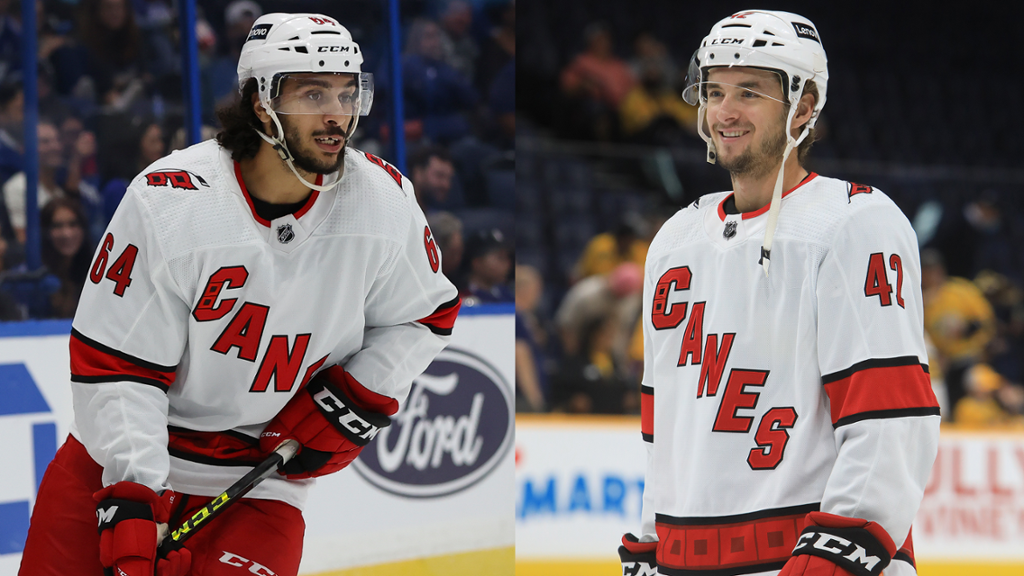 ... ason. We need our defensemen to play fast, and the two of them excel at it," Canes Assistant General Manager Darren Yorke offered. "They know our system well, ... 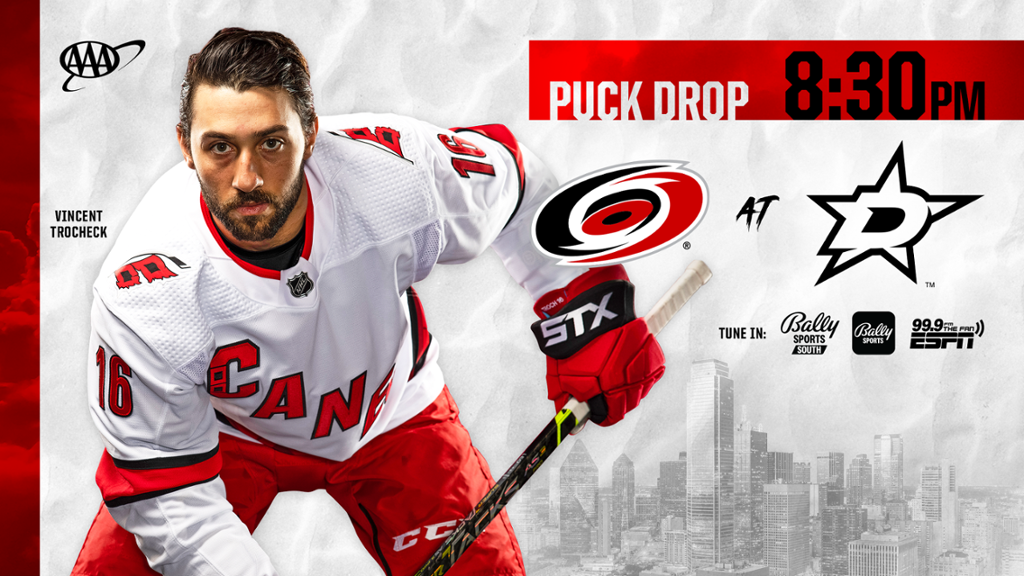 The Carolina Hurricanes meet the Dallas Stars Tuesday night in the Metroplex.

... American Hockey League affiliate in Chicago.   No Stranger To The Road: The Canes are 9-2-1 away from PNC Arena this season, giving them the best points perce ... 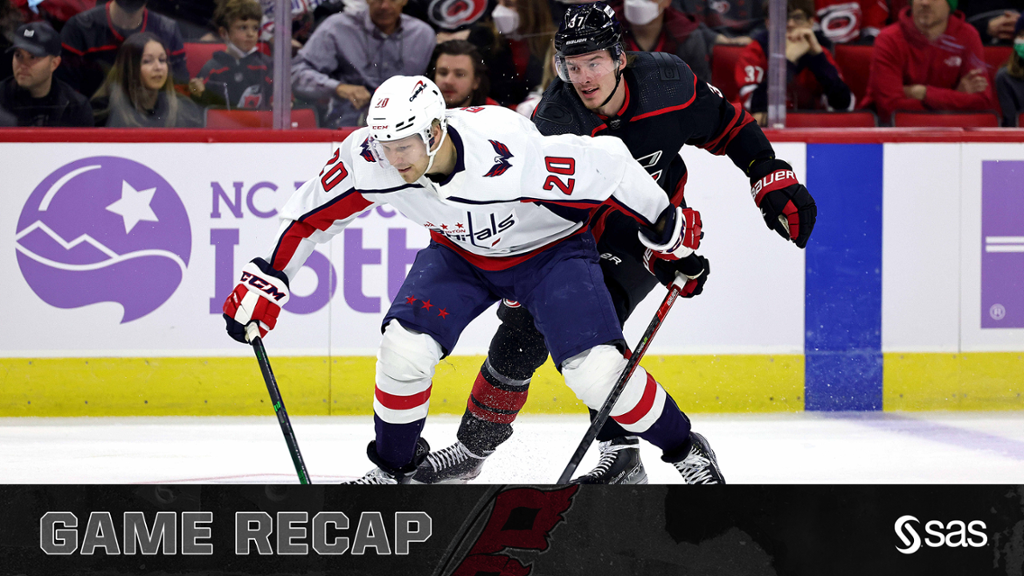 ... on board in 3rd   Then, seven minutes later, Nino Niederreiter closed out a Canes transition sequence, also burying glove-side high to even the game at 2-2.   ... 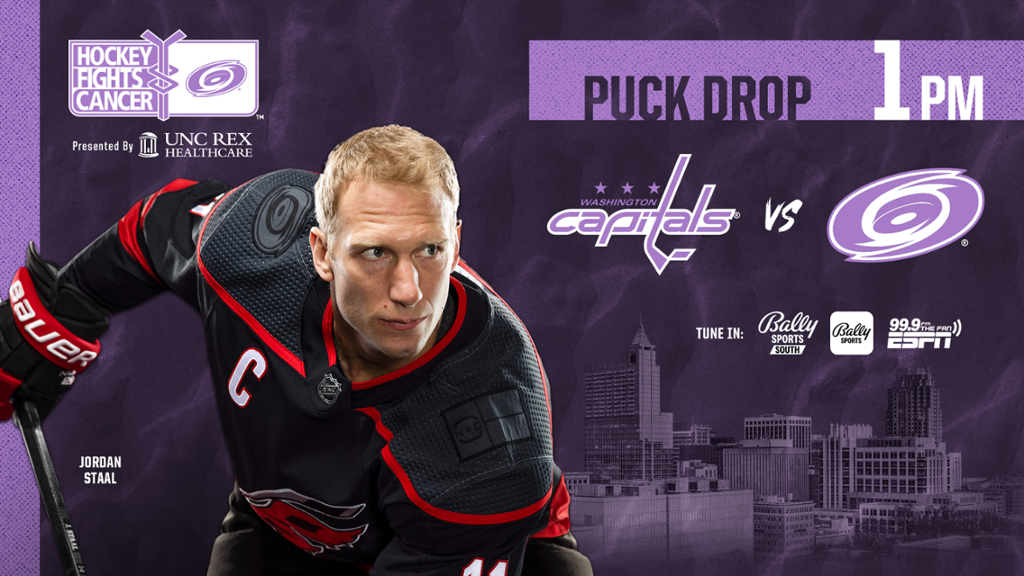 ... o see them get better is the club's power play. Over the last four games the Canes are 0-for-7 on the power play and after the team's win over Philadelphia he ... 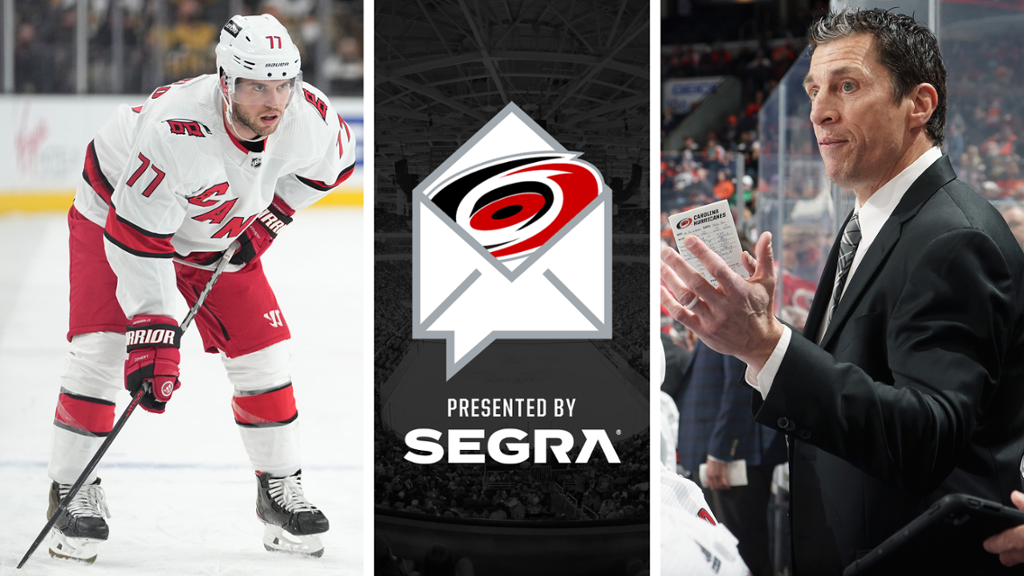 Mailbag #7: Finally Back In Raleigh | NHL.com

The Canes six-game road trip is finally in the rear-view mirror and we've got answers to some of your questions about it. 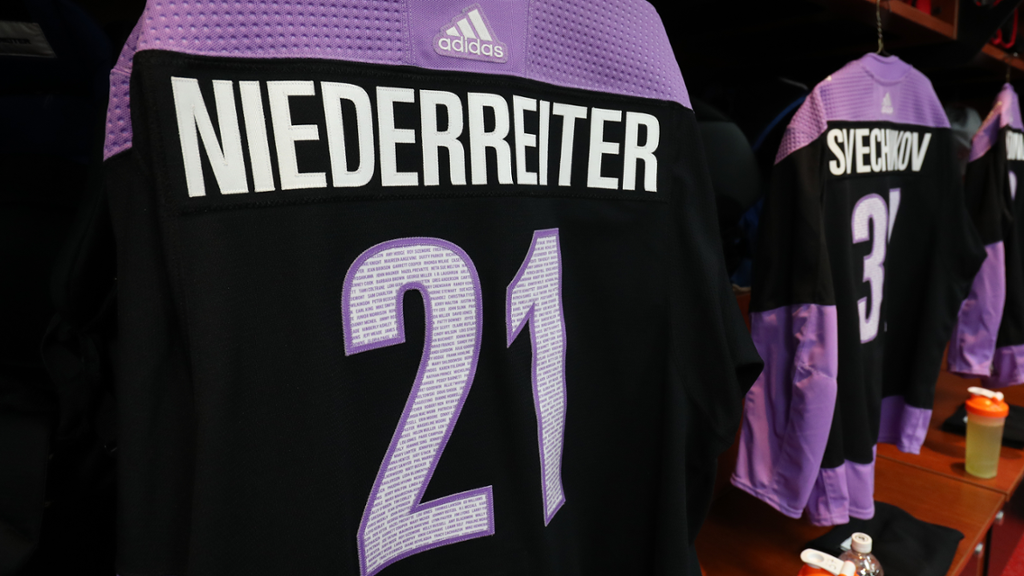 The Carolina Hurricanes are set to host their annual Hockey Fights Cancer game tomorrow against the Washington Capitals. 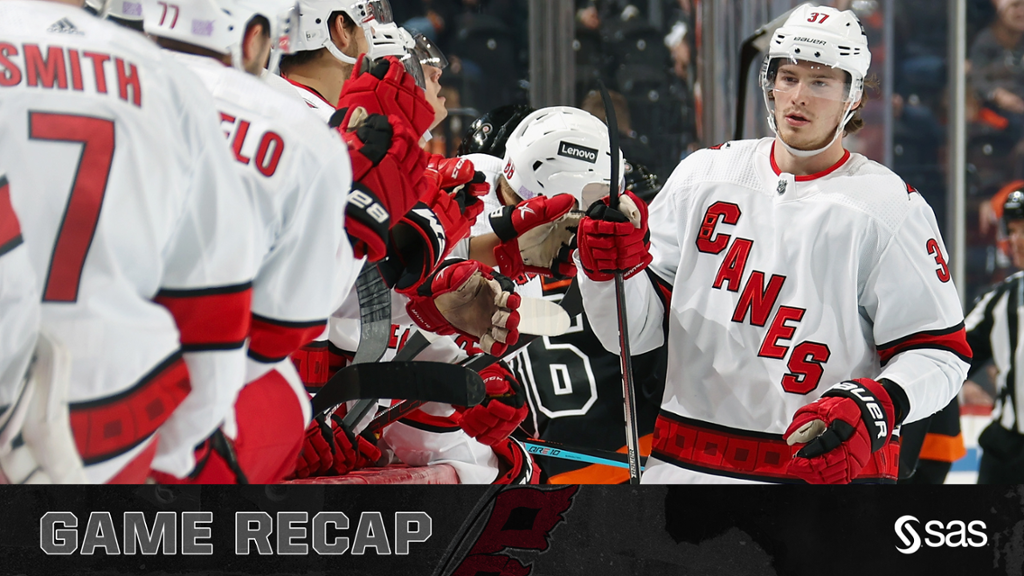 The Carolina Hurricanes ended their six-game swing away from PNC Arena with a 6-3 win over the Philadelphia Flyers Friday.

... game from Sebastian Aho. What would become a storyline through the game, the Canes ability to hawk pucks in the attacking end appeared to be too much for the F ... 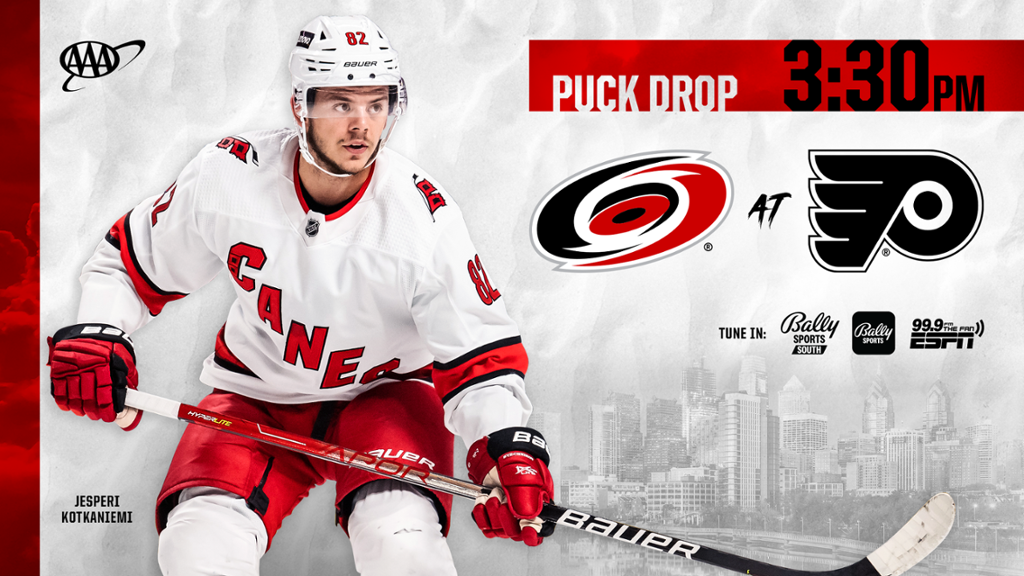 The Carolina Hurricanes take on the Philadelphia Flyers this afternoon, the final contest of six consecutive away from PNC Arena.

... ay's meeting with Philadelphia is the first occasion of the season where the Canes will play an opponent that they've lost to already. Exactly two weeks ago th ... 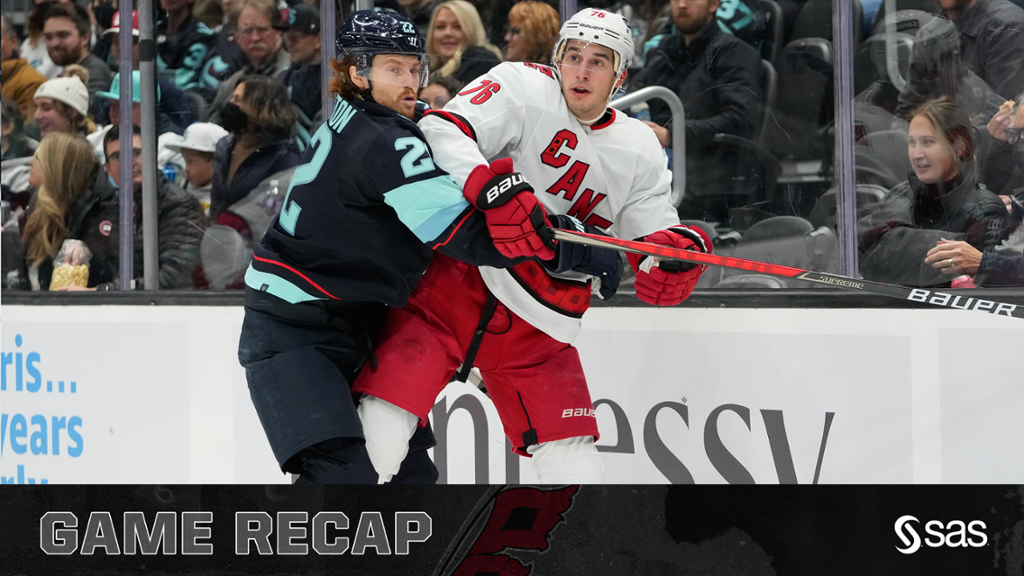 The Carolina Hurricanes came up short in their first-ever visit to Climate Pledge Arena Wednesday.

... ryline of his own as the game went on, denying a few strong chances from the Canes. Ultimately, as the game progressed into the final few minutes, it was the h ... 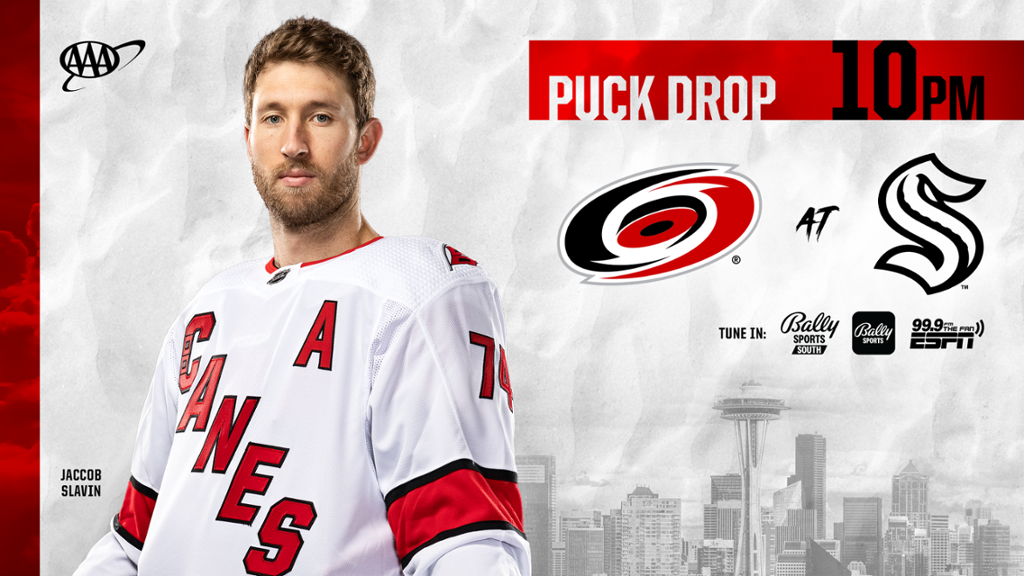 ... tals on Sunday, November 21.   TRACKING THE STORYLINES: First Time Here: The Canes will become the tenth NHL club to come to Climate Pledge Arena this season, ...